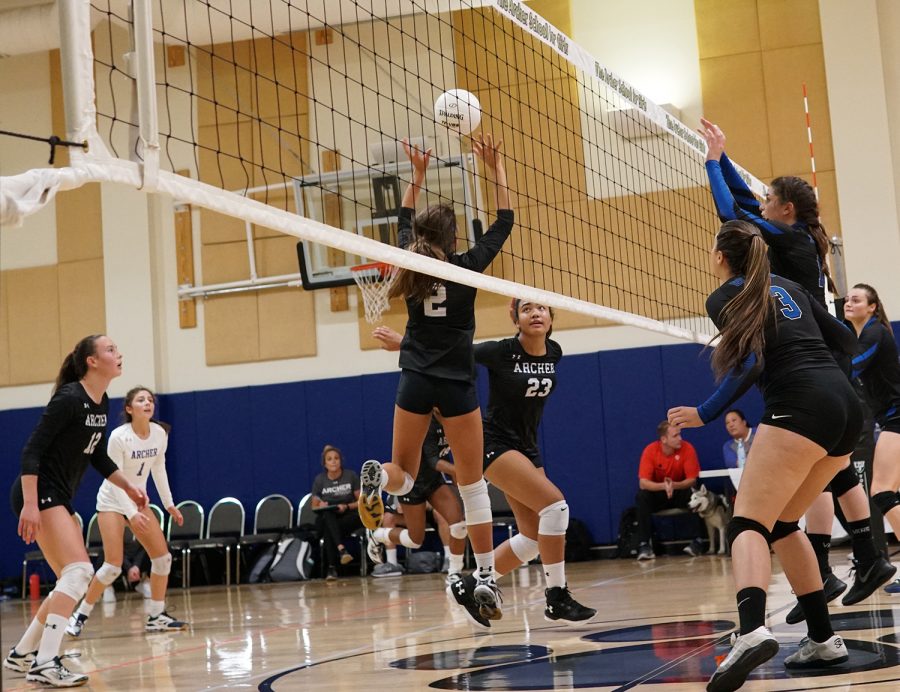 Junior Andrea Campos sets the ball to freshman Vaughn Anoa'i at the semi-final game. The team won the semi-final and will now advance to the division finals.

Junior captain Cydney Johnson was a key player of last night’s game, as the other team returned few of her spikes.

A highlight for the Panthers was in the third game. Beaumont was up 6-0, but the Panthers pulled through with the aid of Johnson’s forceful spikes and ended up winning with a score of 25-22.

“I definitely think we brought a lot of energy, fire and pride when we were playing,” freshman Vaughan Anoa’i said. “Especially with the tight game against Heritage, last Wednesday I believe, we played with full confidence and really wanted it more than they did.”

The Panthers will now advance to the CIF-SS Division 6 finals against Grace Brethren High School next Saturday.