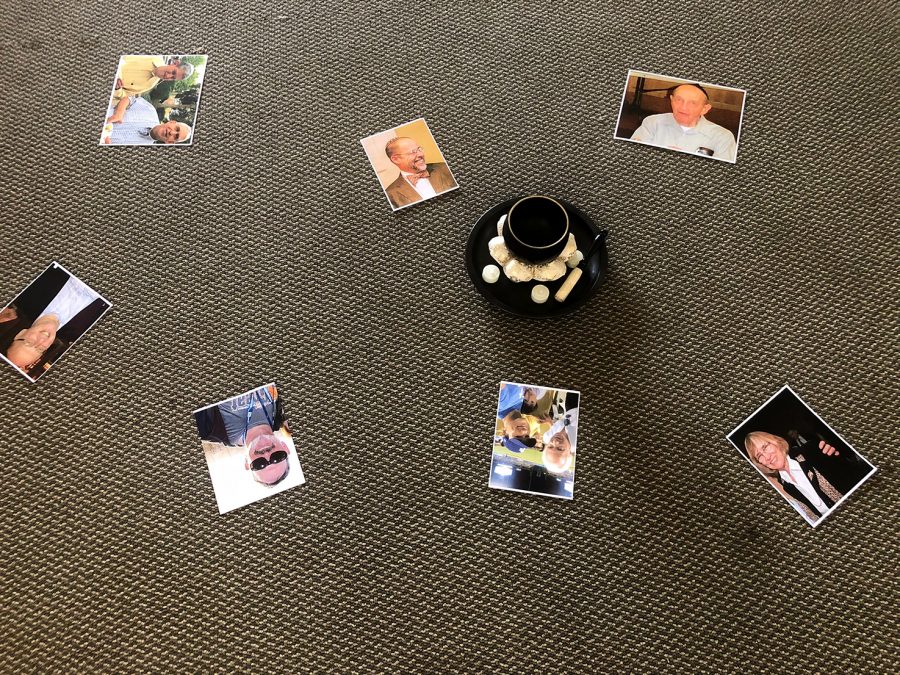 Pictures lie on the ground of the HD room, featuring seven victims of the Tree of Life synagogue shooting in Pittsburgh. JSC placed the pictures around a bowl with candles to honor the victims' memories.

By Lola Lamberg and Amelia Stone

This past Saturday, a 46 year-old male gunman opened fire at the Tree of Life synagogue in Pittsburgh, Pennsylvania. The synagogue, which had gathered for a naming ceremony, was targeted by Robert Bowers, who had habitually posted anti-Semitic rants online.

In a second shooting, which occurred at a Kroger grocery store in Jeffersontown, Kentucky, gunman Gregory Bush shot two shoppers, Maurice Stallard and Vickie Jones. Both victims were African-American. Bush attempted to enter a predominantly black church with his assault weapon before his attack at the Kroger store.

Archer community members attended a council on Tuesday during lunch to debrief and discuss the students’ emotions about the shootings. Led by the Jewish Student Community Club [JSC] and Peer Support, the space was meant to give students the opportunity to “show there is hope in this environment,” senior JSC leader Madeline Jacobson said.

History teacher and member of the Diversity, Equity and Inclusion Interim Leadership Team Elana Goldbaum attended the council and said that she felt inspiration in a time of tragedy.

Students, staff and faculty members all shared a “group hug” to end the council while taking three deep breaths.

Sophomore Rachael Azrialy said that the council provided her with a forum to share her dismay about the shootings.

“Everything that’s going on has just been upsetting,” Azrialy said. “I’m really glad that Archer is giving us a place to be able to talk about it [the shootings]. It doesn’t matter who we are, we’re just coming together to talk about this and show our support.”