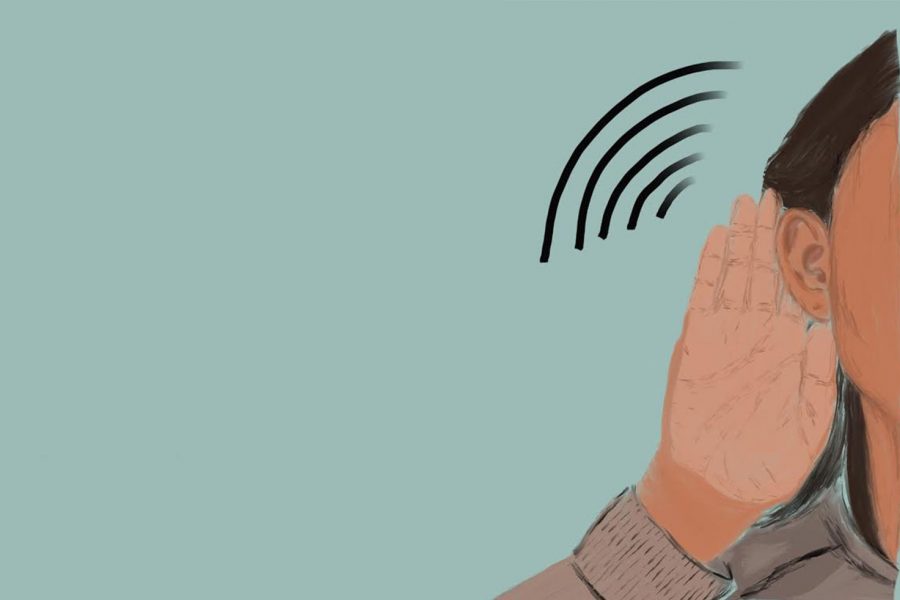 When we equate extroversion with leadership, we miss out on a chance to incorporate a diversity of personality types into major decisions. It is often harder for us to see that quiet people also have traits, such as listening skills, that make them well-suited to leadership. Photo illustration by Leslie Castaneda '20.

In the hit musical “Matilda,” based on the wildly popular book by Roald Dahl, the spirited protagonist, Matilda, leads her classmates to defeat a tyrannical principal. Though it may seem natural to attribute her success to charisma or boldness, the title of the song in which she discovers her superpower tells a different story. The song, called “Quiet,” suggests that Matilda is able to triumph not in spite of her reserved nature, but because of it. We should learn from her example.

Our views of leadership tend to favor extroverts over introverts because many of the qualities we associate with leadership, like decisiveness and charisma, tend to come more naturally to extroverts. Extroverts, in fact, are 25 percent more likely to be in high-earning jobs than introverts, and 65 percent of senior managers say that they view introversion as a barrier to leadership.

Though the cultural bias against introverts may seem age-old, it is a fairly recent development. In the 2012 bestseller “Quiet: The Power of Introverts in a World That Can’t Stop Talking,” author Susan Cain explains that, at the dawn of the twentieth century, America shifted from what she calls a “Culture of Character” to a “Culture of Personality.” As more and more Americans started moving from farms to cities, people found themselves working with strangers rather than the neighbors they had known all their lives. Naturally outgoing, charismatic people found it easier to form connections in an increasingly competitive marketplace. Extroversion became linked with success, and introverts had to either change their behavior or face the economic and social consequences.

Cain notes that this view has persisted. But research is increasingly showing that it’s time to reassess the extrovert ideal.

An emphasis on extroversion fails to note that introverts, too, possess qualities, such as listening skills, that make them well-suited to leadership. A study conducted by researchers Adam Grant, Francesca Gino and David Hofmann found that extroverted leaders tend to be well-suited to lead passive employees, while introverts are far better at managing proactive employees. In the experiment, the extroverted managers were more decisive, but the introverted leaders were more receptive to suggestions about how to make the workflow efficient. The research suggests that introverted and extroverted leaders can both be effective.

Archer has taken steps to value introverts in the classroom, which is laudable. Teachers often ask for participation from quieter students, and we are encouraged to communicate with teachers about our learning styles. But conjure a mental image of the quintessential Archer girl. When picturing the kind of courageous, outspoken, badass leader that Archer extols, how many of us can honestly say that we envision an introvert? I certainly don’t.

Even as someone who knows that introversion and leadership aren’t mutually exclusive, I still play into the myth. When I have applied for leadership positions, I make my case by arguing that even though I’m quiet, I can handle the job anyway. On some level, I still view my reserved interpersonal style as something to overcome, rather than something to embrace.

I am not claiming that introverts are better leaders than extroverts. However, we need to recognize that it is possible to be a powerful leader even if you don’t have the loudest voice in the room. It is time to critically evaluate our perception of what leadership looks like. For the most challenging issues, we will need a diversity of skill sets to engineer solutions. If we check our preconceived notions and celebrate quiet leaders, imagine the potential we will unlock.