Photo Essay: Through the eyes of Addison Lee 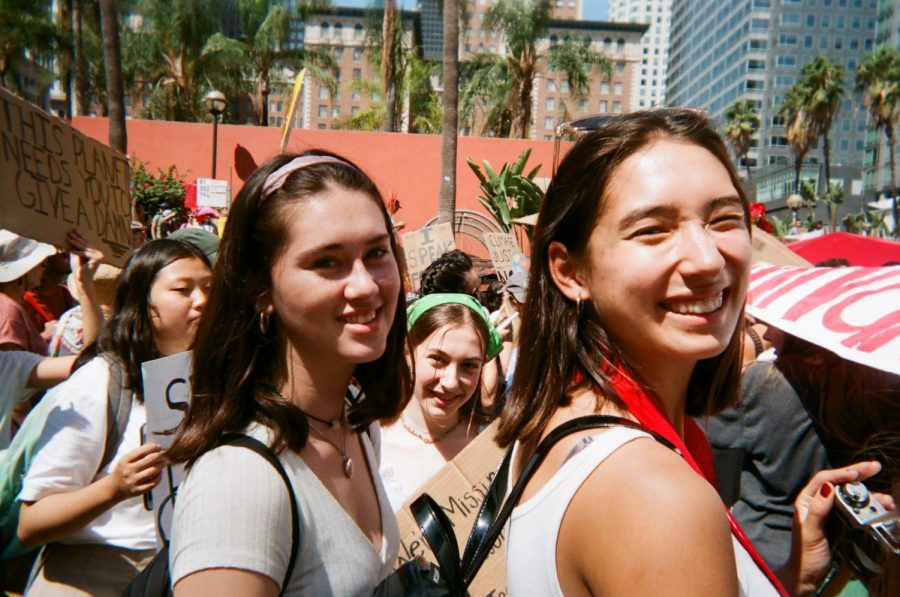 This photo essay is a part of the Oracle photo essay series called “Through the eyes of.” This series features students, faculty and staff at Archer and uses photo, audio and video to depict their individual experience at Archer. This particular photo essay uses text, images and video.

Last year, junior Addison Lee scheduled her first ever job interview for a time after school. Usually, this wouldn’t be a problem. Lee normally stays at Archer after school and has held countless interviews in the lighting studio for the online platform she founded, MixedLife. However, on the day of the interview, she noticed the studio had already been booked… and that she had practice for the upper school musical, “The 25th Annual Putnam County Spelling Bee” at the same time. So, mid-practice, with half of her costume on, Lee scrambled to find a quiet place to have her interview.

“That’s how I found the [art studio] closet. I sat there, with like a trombone or something in there,” Lee said with a laugh.

With a few minutes to spare, Lee sat in the closet and successfully made it to her first job interview.

This story gives a glimpse at Lee’s busy and at times “unpredictable” life. If you were to spot her on campus, she is most likely putting the final touches on digital content for MixedLife, designing a poster for the graphic design board, running in between Film Festival and Student Diversity Conference Leadership Team (DCLT) meetings or on an important call.

This photo essay explores the variety of activities Lee is involved in, which almost all relate to different mediums of art. Lee spoke about her position on the Eastern Star Gallery executive board, which she called “funny” because she “notoriously hated” art when she was younger.

That’s why it is no surprise that the art studio is one of the places on campus that are is most important to Lee. She had her first job interview there, but she also really values her relationship with art teacher Carolyn Janssen.

“Ms. Janssen is probably one of my most prominent mentors, like every MixedLife accomplishment I’ll like run into her room and be like, ‘Ms. Janssen, look at this — isn’t this cool?'” Lee said. “We have this ‘Join Us’ page [on Mixedlife] and I have a screenshot of our first survey response. I remember being like, ‘OMG, Ms. Janssen, we got our first response,’ and now we have more than 80.”

Janssen is also one of the teacher advisors for the student DCLT, which Lee said is the on-campus extracurricular she is most involved in. She said she loves her work on the Diversity Conference because of the opportunity to be a part of the greater team.

“There is just something about being able to sit in those meetings, and it’s not just talking about logistical stuff, it’s also us talking about being people of color at Archer,” Lee said. “That’s what I really love. It’s not just working and organizing this incredibly high-profile and really hard-to-put-on event, but it’s also really diving into these really complicated topics.”

Additionally, Lee said the media space is one of the other most important spaces for her on campus. This is where Film Festival planning meetings are held, which she described as a “phenomenal opportunity.”

The media space is also where Lee took her first graphic design class, which she said “changed her life.” Lee created the graphic design board this past year with Director of Fine and Performing Arts Reed Farley. The group creates graphic designs for posters, sweatshirts, etc., for different Archer events, including Night of Dance and the Winter and Spring Concerts.

“That kind came out of me doing a few a few sweatshirts and t-shirts for Archer and then me saying to Mr. Farley, ‘Hey what if we switch it up and do this cause it would make your life easier,’ so we did,” Lee said. “It has been going well until all the events got canceled [because of remote learning].”

Lee also constantly creates graphic designs for MixedLife. She describes MixedLife as “an online platform for multi-racial creators and content” that is “dedicated to exploring and redefining what it means to be mixed through art, writing, interviews, and more.” Lee created MixedLife freshman year for her service-learning proposal project in history teacher Meg Shirk’s class. Now, MixedLife reaches an audience beyond Archer, with 1,751 followers on Instagram and a reach of 28,000 on their website. They have also presented at the University of California, Berkeley’s [email protected] Conference.

“I started MixedLife because when I entered Archer, I found myself with so many questions about my mixed identity, and, being a Gen Z kid, I turned to the internet for answers. There were none,” Lee said. “Honestly, it’s just a place where we are exploring what it means to be mixed, and it’s weird because we are actually innovating that conversation, at the forefront of that, but the fact that we are actually there is kind of mind-blowing.”

Lee added that these are the reasons she loves Archer. She said that Archer teachers “care on a real level” and she feels comfortable running into someone’s room and discussing anything on her mind.

“What I love about our teachers is that they treat you as a student, but they don’t patronize you, and I think that’s really vital, and it really shows Archer’s community,” Lee said. “We are all respected individuals, and they don’t just see us as students to be taught things, I think sometimes they know they can learn stuff from us, too.”

More specifically, she added that Archer is a space where ideas and proposals for new programs, events, etc. are “seriously considered” by the adults on campus.

“I think people should be taking advantage of more. Archer has so many opportunities engraved in it, and if there isn’t one for you, Archer will make one for you,” Lee said. “That is why I came here and why I love it here.”