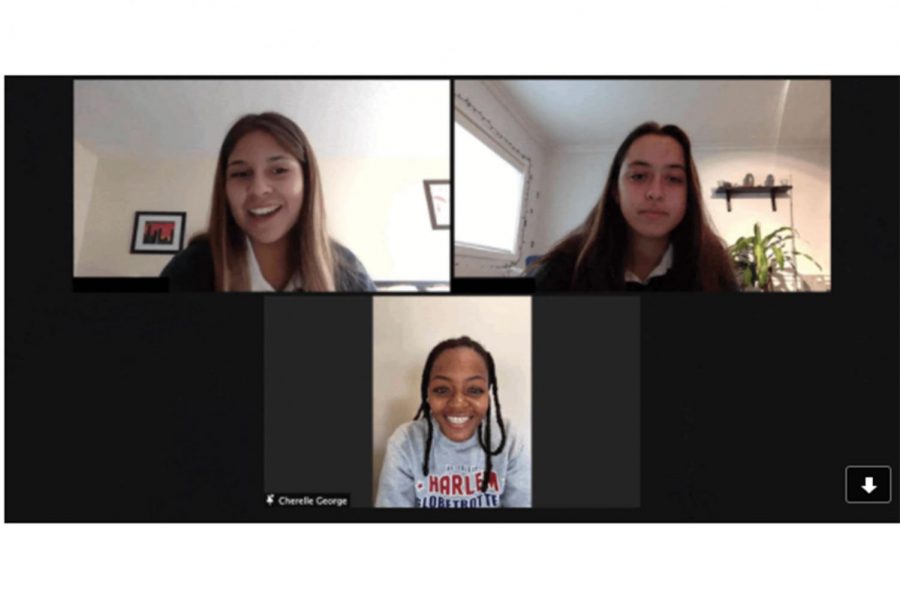 Along with being a Harem Globetrotter, Cherelle “Torch” George is also a Guinness World Record holder for the most between-the-leg-tumble dribbles in a minute. George spoke to the Archer community as the fifth speaker in the Athlete Leadership Council's panther speaker series on Jan. 28.

Cherelle “Torch” George, Harem Globetrotter and Guinness World Record holder, spoke to the Archer community as the fifth speaker in the Athlete Leadership Council’s [ALC] Panther Speaker Series. On Jan. 28, George recounted her journey through basketball and life. The Zoom webinar began with George discussing her early life. Her passion for the game drove her to work towards and reach her goals even through struggles.

“What I can attribute my success [to] with basketball is just being committed, being dedicated. I had such a love and passion for the game,” George said. “I never had a plan B for my life outside of basketball. I knew if I fully committed myself to the game, I could do it, and I could become a pro.”

George is the world record holder for the most between-the-leg-tumble dribbles in a minute. Her 32 dribbles have yet to be surpassed since being achieved in 2018.

“It kind of made me feel like the things that I think are normal about me someone could see as special,” Gendy (’22) said. “I feel, with everything going on, we need to remember that, no matter what’s going on and no matter how we feel about ourselves, we’ll always be special.”

Junior Cristina Fuentes-Alva is a member of the varsity basketball and softball teams. As a fellow member of the ALC, George’s message of having a love for the game stuck out to her.

“Just enjoy the sport. You never really know when your last game is, so play like every game is your last game,” Fuentes-Alva said.

As a female Globetrotter, George also discussed her responsibility to inspire the young girls who look up to her. Her message to empower was something Gendy related back to her basketball experience.

“For me, growing up, it was always like ‘basketball was a boys sport’ … and so something I want to bring back [to varsity basketball] is to remember that when you have a talent for something, even if it’s the smallest thing, you should never stop because it’s male-dominated or because another people does it better than you,” Gendy said.

George said her skills and performances are further empowered by her gender.

“I feel like my job and my responsibility is when girls come to Globetrotter games, they see me, and they’re empowered and inspired by my performance, my energy and my skills,” George said. “I honestly feel empowered about being around the men. I don’t ever feel less than.”