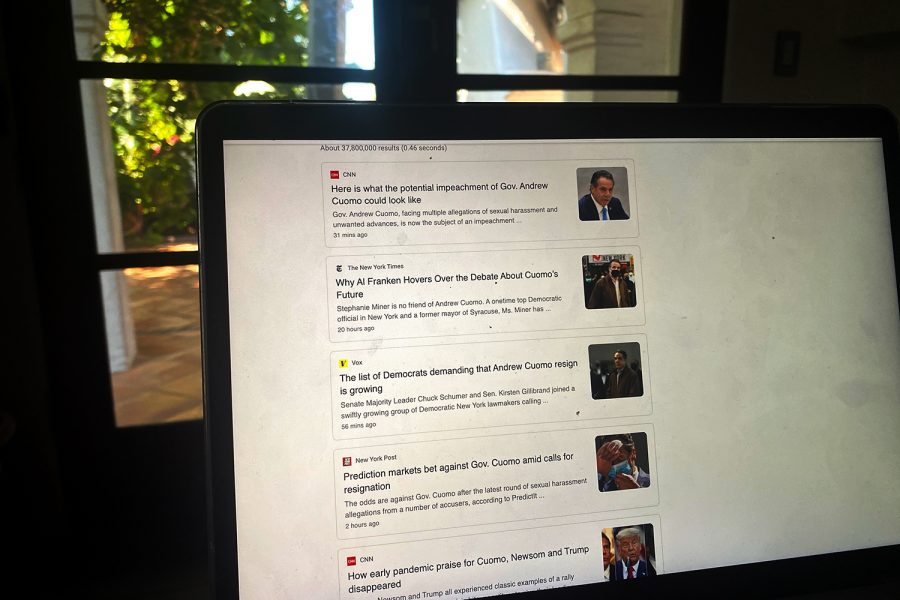 I hope to work in politics one day….even though the environment constantly seems to be toxic and unsafe for women. Although I suspect women have had to endure harassment for as long as they have been allowed in the workplace, it is now front-page news and cannot be ignored. Or excused. The allegations of sexual misconduct against New York Governor Andrew Cuomo are the most recent example of yet another dangerous man who professed to be confused – to not understand how it is that women may have been offended (or worse), and why they are complaining about his behavior.

There is no confusion in New York state law, which provides clear guidance about what constitutes inappropriate behavior in the workplace. Behavior like hugging, kissing and touching and generally, any kind of sexual advance by a superior, is illegal at work. This should be a no-brainer for Democrats. This should be a no brainer for any professional in the workplace.

Four years ago, #MeToo became the rallying cry for a generation of women. The movement succeeded at breaking down the power structure which had previously shielded untouchable dangerous men. Women started speaking out and as a result, public figures in media, music, news, sports and politics were exposed. Some men, like Harvey Weinstein, were punished, while others, like Justice Brett Kavanaugh, were protected. And still others, like Al Franken, accepted responsibility and resigned.

Now, Democrats are in power by a slim majority and we have a decision to make about Governor Cuomo. Do we silently stand by and continue to support a man who has seriously hurt women in his administration, or do we stand up for our principles and do the difficult thing to push for his resignation?

Governor Cuomo used his position to hurt others and he now plays the victim card in his half-hearted apology. Last week in a press conference, he failed to reflect on or to acknowledge his behavior, instead, deflecting responsibility. Instead of apologizing for what he did, he expressed regret for how his victims felt, saying, “I never, ever meant to offend anyone or hurt anyone or cause anyone pain.” Since when does an apology become about what the apologizer meant, instead of about what he did? Feigned ignorance and innocence must stop being an acceptable defense for male abusers.

In order to create a safe workplace environment and set a standard for the future, Andrew Cuomo needs to take full accountability or leave political power. I would not feel safe working for this governor, whom I once idolized. That needs to change.

I join the calls of others for Governor Cuomo to resign.