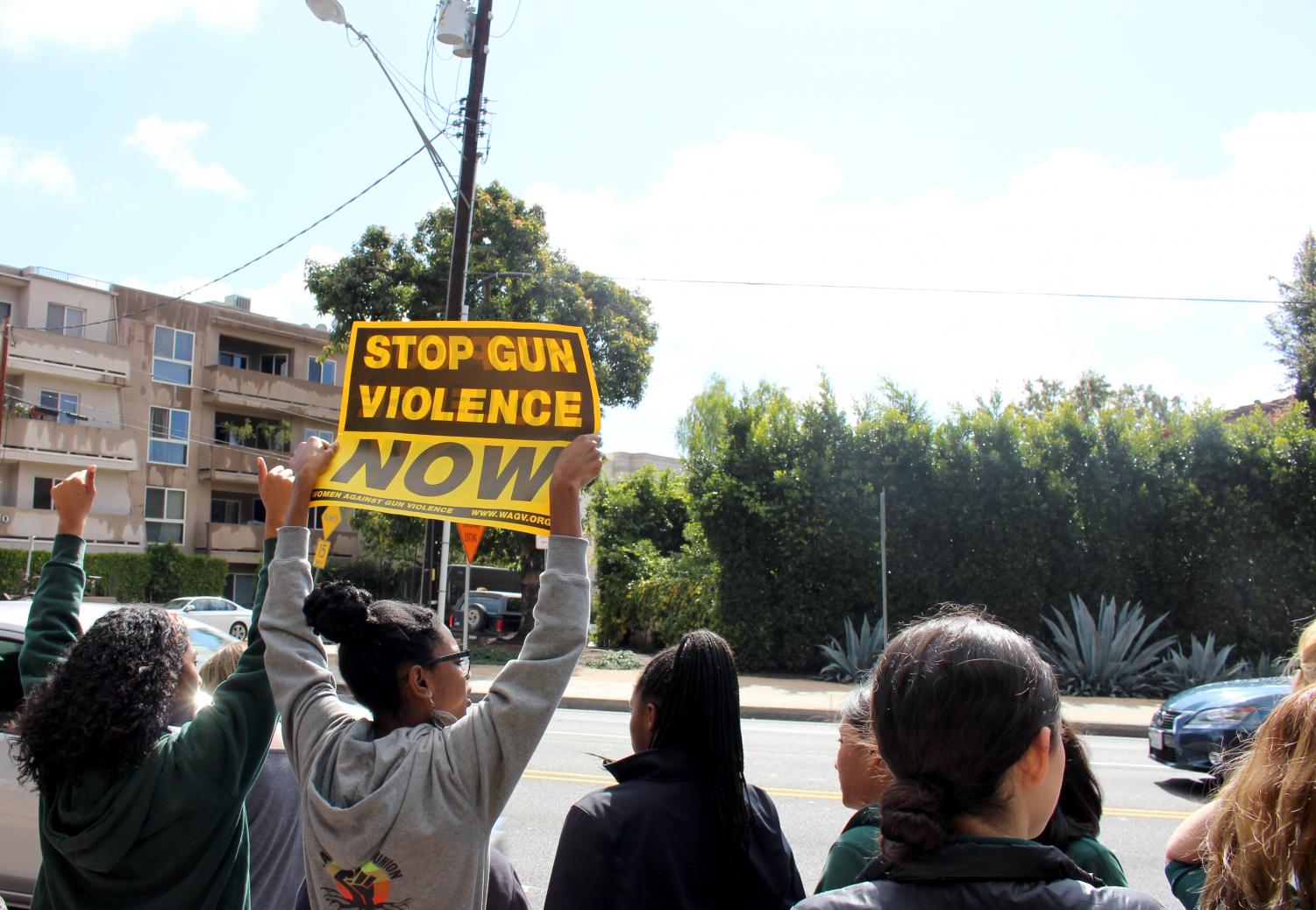 Senior Dom White '18 holds up a sign for cars on Sunset Blvd to read. Teachers stood close to the side walk to make sure students stayed safe and away from cars. (Photo credit: Cat Oriel)

Senior Dom White '18 holds up a sign for cars on Sunset Blvd to read. Teachers stood close to the side walk to make sure students stayed safe and away from cars.

Archer’s participation in the #ENOUGH National School Walkout on Wednesday, Mar. 14 did not exactly go according to plan.

Initially, the student leaders on Archer’s Walkout Leadership Committee organized 17 minutes of silence in remembrance of each victim of the Majory Stoneman Douglas High School shooting. Each minute represented each victim, and an Archer girl read his or her name and a description in their honor.

Students were also encouraged to accessorize uniforms with orange as a sign of solidarity.

“We knew that other schools were doing actual walkouts,”Student Body President and Walkout Leadership Committee member Maya Winkler ’18 said. “But when we mentioned that idea [of walking out] to senior administration, they were concerned for our safety and thought that it would be best that we stay on campus.”

Following the 17 minutes, the committee planned for Hollye Dexter of Women Against Gun Violence to speak.

“We wanted to bring in the speaker afterwards because we thought that this day was an opportunity to do more than just remember,” Winkler said. “We wanted to be able to learn.”

More on the #Enough Walkout 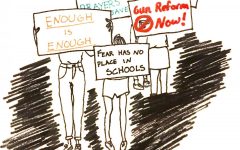 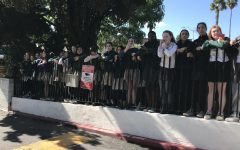 Commentary: Why I walked out of our “walkout”

However, Archer’s intended 17 minutes of silence was interrupted by the sound of Brentwood School students chanting and car horns going off on Sunset Blvd.

At approximately 10:22 a.m. — when there were two victims’ names left to be read — a crowd of students got up from their white chairs in the courtyard and began to head toward the front lawn.

Juniors and seniors, who had signed forms earlier this year and have parental consent to go across, began to swipe out with their One Cards and flood onto Sunset Blvd. Sophomores and freshman followed shortly after upon signing acknowledgments that they did not have permission to leave campus during the day.

“And for safety purposes, we wanted to know who left campus,” Upper school director Gretchen Warner wrote in an email.

The high schoolers marched up and down Sunset Blvd. chanting “Never Again” and holding signs that said, “Stop gun violence now.” Cars sounded their horns in solidarity, and some neighbors joined in and watched. Teachers and security guards followed to ensure student safety and make sure no one was hit by oncoming traffic.

This walkout has prompted debate and discussion amongst students and faculty alike about safety and free speech. Some argue that leaving during the moments of silence, when there were still names left to be called, was disrespectful, while others believe that their voices needed to be heard instead of sitting silently.

On Mar, 15, a town hall meeting was held to hear the different perspectives of members of the community, including administration members. In addition to other in-class and grade-wide discussions, some students have also submitted Letters to the Editor to voice their perspectives.

Correction  (Mar. 20, 11:16 pm): The original version of this article incorrectly stated that sophomores and freshmen signed “waviers” before walking off-campus. It has been corrected to say that it was a sign-out sheet that acknowledged that the students did not have permission to leave campus and that the form was provided by administration for student safety purposes.