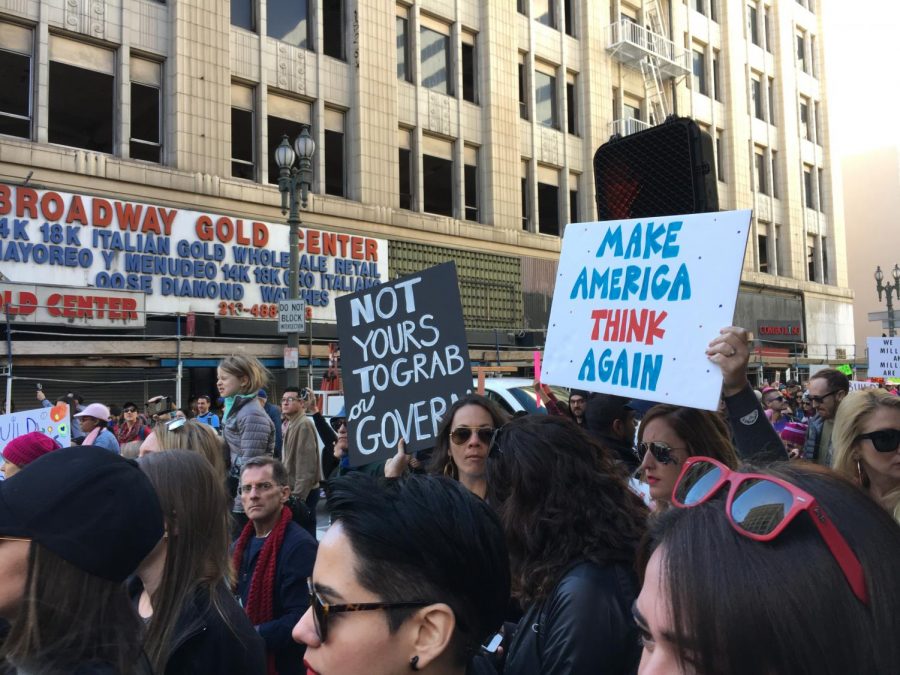 Women of all ages march for their rights in Los Angeles during the 2017 Women’s March. The goal of the march was to protest the lack of women’s rights, including the over-sexualization of women.