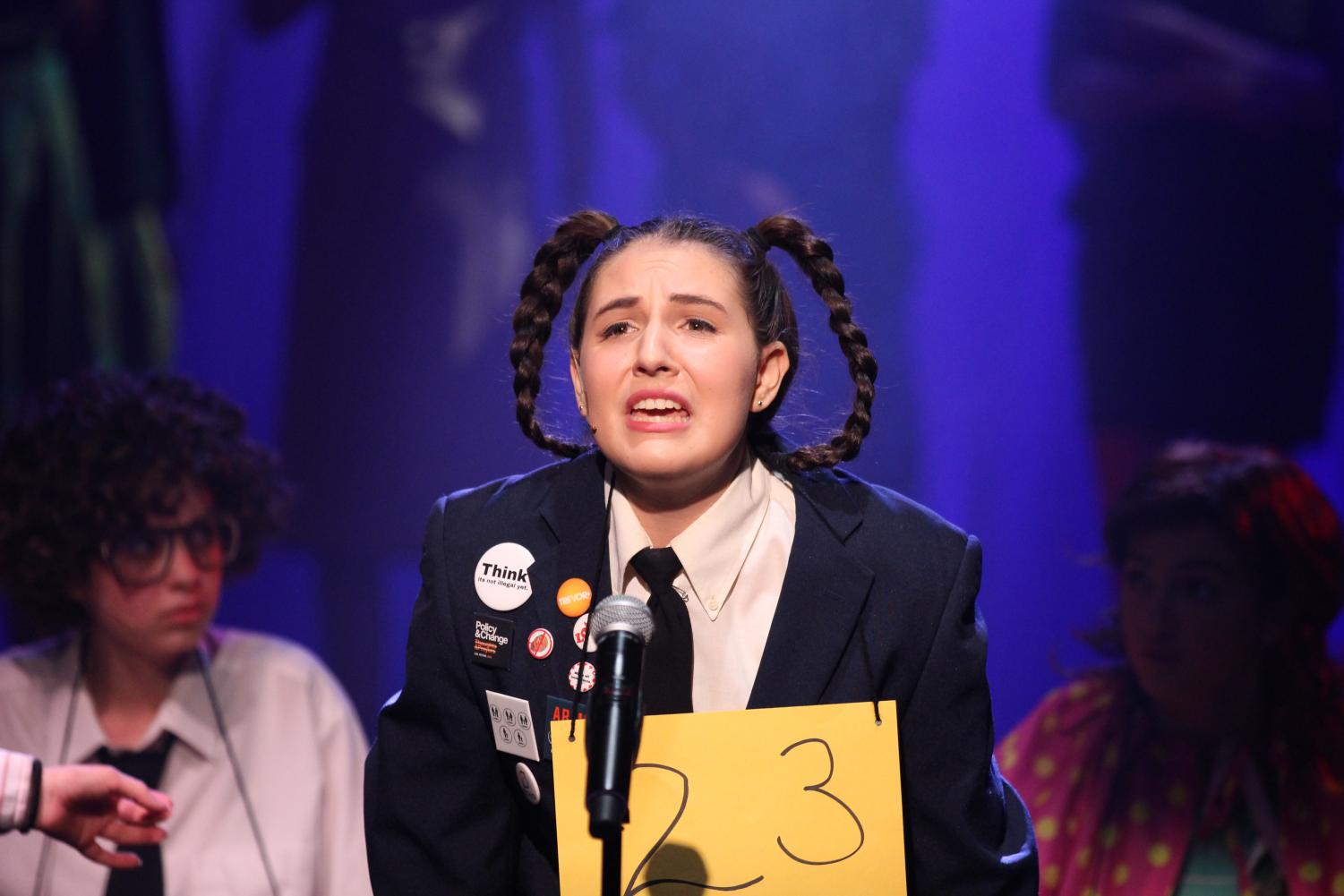 If you can’t spell “syzygy,” then you can’t participate in “The 25th Annual Putnam County Spelling Bee,” this year’s upper school musical. From Friday, Dec. 7 to Sunday, Dec. 9, actors performed the production at the Miles Playhouse in Santa Monica.

The musical comedy follows six elementary school-age children in a spelling bee. Along the way, the characters discovers new things about themselves — for example, Leaf Coneybear realizes that he’s smart, while Olive and Barfée connect with each other on a deeper level. Throughout the show, characters learn that winning does not define a person.

“[It was] a really fun show to do. It had some improv and comedy, but also some moments that were really touching,” stage manager Madison Tyler ’19 said.

As stage manager, Tyler made sure that music was queued for rehearsal, organized props and gave the actresses notes.

“I was backstage, so just watching from the side. Watching the lights, [seeing] their costumes, and makeup was a beautiful moment of the whole show coming together,” Tyler said after watching the dress rehearsal for the first time.

Freshman Bess Frierson played Chip Tolentino, an established speller who is also social and athletic. Frierson was the first one on stage and played an active role in Archer’s productions since middle school.

“I like being on stage and performing and being in a community of people who are also performing,” Frierson said. “Show days are really nice.”

Assistant Director Megan Escobar was in charge of keeping track of all the actresses. Every day she updated the PowerSchool Learning page, made sure everyone knew their lines and acted as the middleman between the director and the cast. The audition process for Archer productions is different from most professional productions.

“We host auditions every year, but we don’t do any cuts, and that’s because we want our theater department to not only be a place where people can explore different creative aspects but it also helps with our ensemble. A lot of our shows are ensemble-driven,” Escobar said. “[The audition process] is super confidential. People think that the auditions are mainly about who can do what role best, but it’s actually about who is taking the most risks and who is willing to try something new.”

Reed Farley, the director and theater teacher, has been involved in Archer productions for over a decade. He started at Archer doing middle school plays and musicals but has moved on to direct both the upper and middle school musical.

“I’m always looking at musicals that are non-traditional. We did Edwin Drood a couple years back where the audience voted, so I really like that element,” Farley said. “[This show] just seemed right. It was a comedy, but also had a political satire to it that I thought was really fun and our audiences seemed to really connect, so I think it was a successful choice.”

Junior Victoria Pinkett saw one of the productions and thought the musical was really “fun” and “cute.”

“I was happy that the person who won [the Spelling Bee] won,” Pinkett said. “I thought it was really cool because I’ve seen a lot of [Archer] musicals and I think the production [was] really good in all of them, and I was really impressed.”