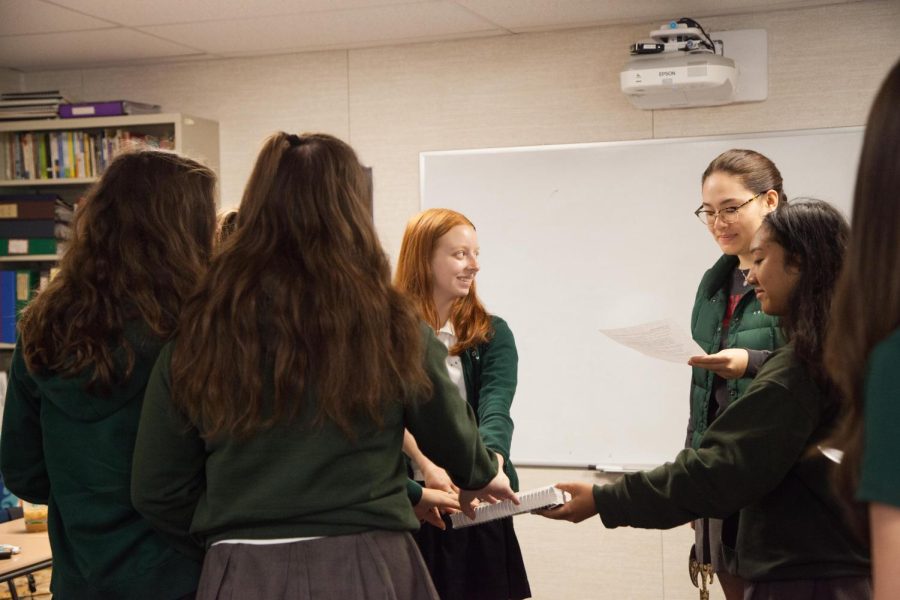 Former Oracle Editor-in-Chief Cybele Zhang (’18) reads the newspaper’s mission statement during the 2018 editorial board induction ceremony. Zhang served as sports editor and editor-in-chief during her time on staff.

Photography, writing, interviewing and editing are all skills high school and college students learn if they participate on their school’s newspaper or yearbook staff. At Archer, English teacher and publications advisor Kristin Taylor revitalized Archer’s journalism program when she relaunched the journalism elective and moved The Oracle to an online platform in 2013. She later took over Hestia’s Flame, the yearbook, helping students reimagine it as a journalistic publication. Many students in these classes leave Archer with an interest in further pursuing publications, and many transfer those skills to another area of interest.

The Oracle sat down with past Archer alumni who were part of The Oracle or Hestia’s Flame staff to discuss the impact that being on a publications team had on their life and everyday skill sets.

Cybele Zhang graduated from Archer in 2018 and served as sports editor and editor-in-chief during her time on The Oracle. In 2022, she graduated from Stanford University, where she contributed to The Stanford Daily. Zhang said her editorial positions at Archer allowed her to publicize stories that were rarely covered and allowed her to feel more connected to events on campus.

“I began with sports because I thought there was a lot of interesting achievements, but also because so much happens off campus — a lot of students don’t really know what’s going on,” Zhang said. “With being editor-in-chief, I was able to learn about all of the spheres of life at Archer. I really liked that function. I felt like a more engaged community member.”

Anna Brodsky (’20) served as editor-in-chief of The Oracle for two years. She just finished her sophomore year at Brown University and although she is majoring in English and economics, she said her time as editor-in-chief at Archer sparked her passion for mentoring younger students. At Brown University, Brodsky mentors freshmen students and high school students in the surrounding area.

“One of the things that was really valuable for me on The Oracle was mentorship and building relationships with younger writers. That is something I really carried with me as I thought about what I wanted to get involved with at Brown,” Brodsky said. “It has always felt really important for me to form connections with younger students and try to be a supportive presence in their lives.”

The community that I found was something I appreciated so much. I got to meet girls from all different grades, and I think that goes unnoticed a lot. It’s actually a big deal that we get to form these relationships with younger and older students, and that has helped me outside of Archer immensely.”

Julia Wanger (’20) was on the staff of Hestia’s Flame for her four years of high school. She said the skills of graphic design, marketing, interviewing, sales and photography have all been valuable to her. However, she said now that she has had time to reflect on her publications experience, she is most appreciative of the smaller skills that show up in her everyday life.

“I loved to cover the small things, which was super important for me because, in everything, it’s important to tell the story from both sides. That was a major takeaway for me — not bring my own biases in,” Wanger said. “Even just email etiquette, too, which I feel is something we all apply every day in your life, and journalism taught me that from a young age.”

Brodsky’s favorite journalistic moment that she treasures to this day was her experience covering mass protest events. During her freshman year at Archer, she covered the Women’s March, she covered the Youth Climate Strike senior year. She said these two stories are the perfect example of how much she grew during her four years in publications.

“I felt very comfortable moving through the crowd and interviewing various folks who showed up to the protests with resources and things like that. It was cool because that happened during my senior year at Archer, and in my freshman year, I went and covered the Women’s March, and I remember I was so scared to go up to people and talk to them,” Brodsky. “By the time I was a senior, I just felt so much more comfortable being in that space. Those two experiences placed side by side say a lot about what I gained.”

Cat Oriel (’18) served as voices editor and news and features editor during her three years on The Oracle’s staff. She graduated at George Washington University this year and because of her experience with The Oracle, she graduated with a a journalism and mass communications degree. She said that the moment she realized she wanted to be a professional journalist was when she covered the story about the lifestyle of one of Archer’s past bus drivers. 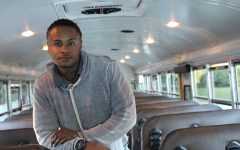 “This article got a lot of great attention. I remember I was really happy because it was the first time I did an in-depth feature. I talked about his experience about why he became a bus driver, and he is also transgender, so it was just an incredible story and really inspiring. I was very touched myself too,” Oriel said. “That story was the moment I knew I enjoyed doing this and loved telling stories like these that otherwise would go untold. I realized that this was what I was passionate about because of The Oracle.”

Similarly, Zhang credits her experience in The Oracle as the reason why she found her passion for human rights and will pursue law school in the fall. She graduated from Stanford University this year with a bachelor’s degree in English and German Studies.

“During high school, I had a summer internship with the Asian Journal right before the presidential election with Clinton and Trump. I think that particular experience really drew attention to a lot of inequality in the world because I was covering stuff in the election, but also a lot about the dangers in the Philippines for journalists,” Zhang said. “Seeing all of these tensions and issues around the world made me want to take a more active role, and hopefully going into law would help me do that, but journalism is the thing that sparks that because it’s what exposed me to those inequalities in the first place.”

Zhang also said that the biggest difference she noticed between high school and collegiate journalism is the higher pressure that exists due to a faster turnaround time and more national attention.

“The biggest thing is just the turnaround time. Stanford is such a high-profile university; a lot of what happens here is also pertinent to the Bay Area in general — even the country at large,” Zhang said. “One of the stories that I was able to cover during June and July 2020 was about the intended cancellation of 11 of the sports at Stanford. That coverage really went viral nationally because it was a phenomenon that was happening across the country. It was interesting because a lot of what we wrote at Archer felt very specific, but because a lot of people care about Stanford, you automatically have a wider audience.”

Brodsky said she believes the skills journalism teaches can be applied every day, despite not pursuing a professional journalism career. She said the skills she learned in The Oracle such as — writing clearly, summarizing and distilling information from multiple sources —  have helped her in all of her English classes. Additionally, she said the skill of digesting news has been essential to her economics major.

“So much of my interest in economics is related to being able to read and understand the news. I think journalism really gave me that interest in the first place,” Brodsky said. “I got so familiar with taking initiative and going up to people and asking questions in a journalistic context that it’s easy to transfer that kind of interaction.”

Additionally, Zhang said that the skills she learned at The Oracle helped her hit the ground running at the Stanford Daily as soon as she arrived on campus.

“The interpersonal skills and being able to advocate for yourself, but also, just the reading and writing, meeting deadlines, being accountable for that, I think has definitely strengthened me as a person,” Zhang said. “Within six months, I was editor of the entire sports section at Stanford, which is certainly rare – but that’s all to say the Oracle really provided me with the tools to succeed as a writer and a leader almost immediately.”

Oriel said that a highlight of her experience at The Oracle was the safe space the staff and Taylor’s classes provided. She said that starting her journalism journey early at Archer helped her realize journalism can mean different things.

“I learned that there are so many different ways of being a journalist,” Oriel said. “Being a journalist doesn’t mean you will be writing articles all day. It can also mean you are doing graphic design, multimedia, starting a podcast, video editing — there is so much.”