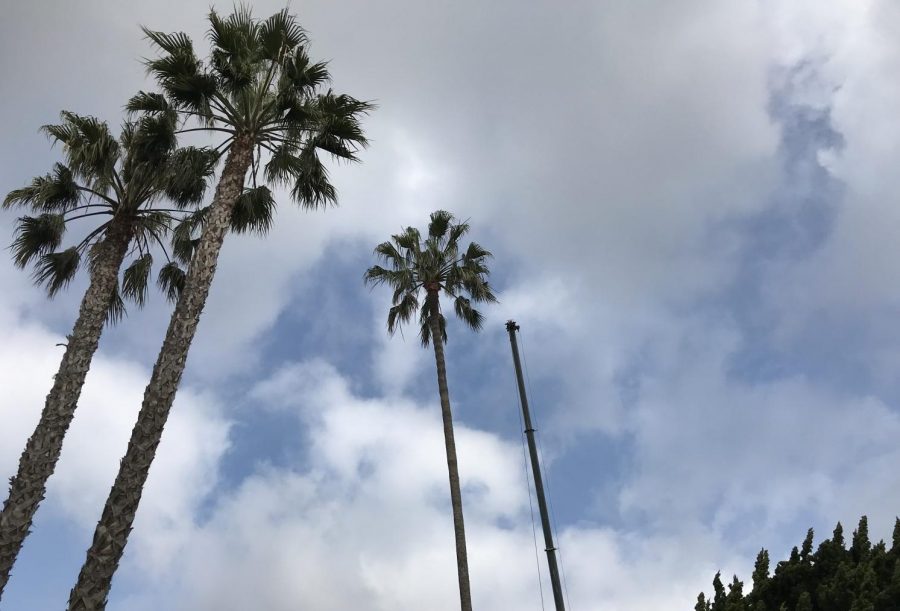 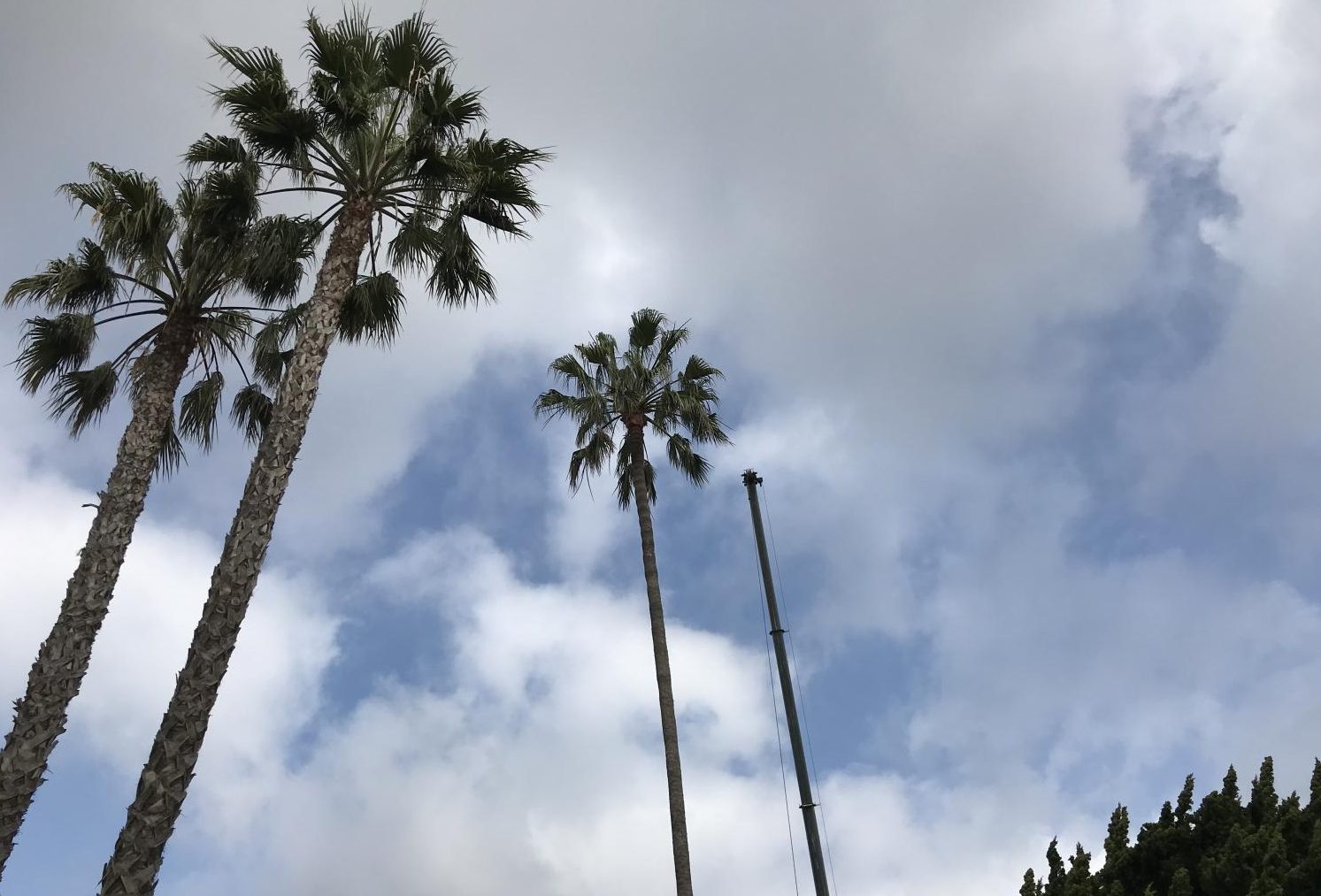 Unanswered emails, phone calls and questions seem to be the theme of the investigation into discrepancies between the construction plans of The Archer School for Girls and Brentwood School.

The neighboring schools have recently both begun construction plans to expand and advance their respective campuses. Archer’s plan was approved by the Los Angeles City Council in Aug. 2015. The goal was to build a new academic center, a visual arts center, a performance space for theater and dance and a multipurpose space that includes a gym.

Archer was given three years to complete all construction. Archer broke ground on the academic center in December 2017, but due to lawsuits from neighbors and leaders of the Sunset Coalition and David and Zofia Wright, Archer’s Board of Trustees voted to postpone the building of the athletic center. The lawsuits revolve around the dirt haul route for Archer’s construction.

After multiple emails, The Sunset Coalition did not respond for an opportunity to comment.

“As fiduciaries of the school, [the Board of Trustees] determined it would be imprudent to proceed with the excavation while in litigation. Further, the extraordinary cost escalations associated with the unprecedented nature of the entitlements, ongoing litigation, and a 36-month construction time constraint imposed on us by the City has rendered the project beyond our present funding capacity,” Head of School Elizabeth English wrote in an email to the Archer community.

However, according to English, the construction of Archer’s academic center is still on schedule to be completed during spring 2019.

Meanwhile, Brentwood School’s plan was approved by the Los Angeles City Council in Feb. 2017 — a year and a half after Archer’s approval. According to Brentwood Assistant Head of School Gennifer Yoshimaru in an email, the 24-year plan includes building a new middle school on the East Campus, upgrading existing facilities and constructing, replacing and eliminating buildings on the West Campus.

Brentwood School will be taking multiple year-long breaks between phases of construction, unlike Archer.

However, the differences between the plans do not end with the respective construction timelines.

For example and as seen to the right and here, Brentwood School will add 195 more parking spaces to their campuses, which is an 86 percent increase in parking, Whereas Archer is adding 55 more, a 50 percent increase, according to  public record.

Brentwood School can also count up to 15 percent of their number as students being bussed to other schools along Sunset Boulevard, west of the 405 freeway, according to public record, Brentwood School’s Conditions of Approval document.   Additional differences span manifold subjects and vary in their extremity.

According to English, Archer is faced with so many restrictions because neighbors are concerned about the increase in traffic.

Mike Bonin, a councilmember from the 11th district of Los Angeles, where both Archer and Brentwood School are located, was a major part of the approval for both schools’ construction plans and conditional use permits [CUPs].

Past Coverage on Archer Forward Construction 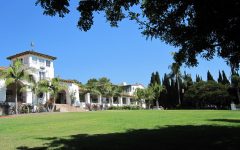 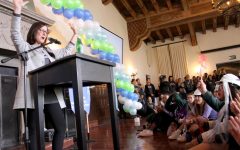 Both schools completed thorough environmental impact reports, which outlined specific details of their plans and the influence the construction will have on the surrounding community. Archer and Brentwood School’s reports, or EIRs, can be found here and here respectively.

In addition, both schools worked closely with Bonin to get their individual plans approved.

“We worked actively with Councilman Bonin and the Brentwood Community Council for close to two years to create tough standards that would meet expectations about traffic reduction,” Yoshimaru said. “[Brentwood School spent] eight years working with homeowners, neighbors and neighborhood associations to successfully negotiate a renewed covenant…The legally binding covenant and side letter, signed in 2014, culminated an eight-year process with our closest neighbors and with the Brentwood Homeowners Association.”

President of the Brentwood Homeowner’s Association Ray Klein did not respond to a request for a phone interview.

Brentwood School was also given restrictions on their construction processes, although different than Archer’s.

“When we were given such an extreme set of circumstances, for example, build an entire campus — a $120 million dollar project — in 36 months, we were given no other choice. It was take it or leave it,” English said. “We said to Councilman Mike Bonin, ‘This is so extreme. No other school has ever been asked to do this or operate their school with these kinds of restrictions.’ I said, ‘If we agree to this, you have to promise that you will hold [every] other school on the Sunset Corridor to the same standard.'”

When asked if she had any additional comments on the differences in restrictions between the two schools or on the construction process in general, Yoshimaru responded with a simple “No.”

English, on the other hand, described the differences in restrictions as “completely disparate impact.”

“In the age of #MeToo and Time’s Up, it’s hard to believe that any thinking person would attribute this disparity in conditions to anything other than sexism. The numbers are plain and the disparity extreme,” English wrote. “While the nature of CEQA can contribute to such disparities, it is up to the City leadership and planning departments to ensure they do not occur. However, when the City cedes its authority to neighbors and homeowner’s associations, especially in white, affluent communities, they allow racism, sexism, ageism and other injustices to rule. The outcome speaks for itself.”

In the age of #MeToo and Time’s Up, it’s hard to believe that any thinking person would attribute this disparity in conditions to anything other than sexism. The numbers are plain and the disparity extreme”

Yoshimaru, who only discussed Brentwood School’s plan, said that the requirements set forth in their CUP are the product of a very thorough process.

“While they challenge us in many ways, we will live up to the expectations,” Yoshimaru wrote in an email interview.

However, English believes that “this is the story of being a woman, unfortunately.”

“Right now, the bar is set higher for us, and it always has been for women,” English said, “We are going to jump over it, but it shouldn’t be this way. And that’s what we are trying to change at Archer for the next generation.”

As Yoshimaru pointed out, “Archer and Brentwood are both excellent schools with strong leadership, a compelling mission and a bright future.”

However, this information, or lack thereof, on the differences between each construction plan raises questions about the real reason for the discrepancies.